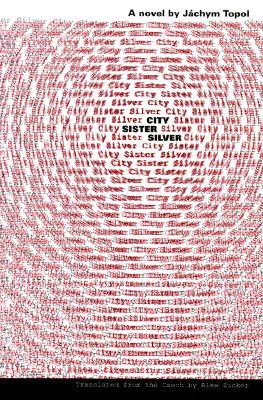 “Readers embarking on City Sister Silver are in for an exhilarating, exasperating journey . . . kaleidoscopic and ethereal, full of motion for its own sake, with many memorable stops along the route.” —Neil Bermel, New York Times Book Review

“Topol’s book is a fervent effort by a post–Cold War writer to break away from the familiar dissident mode of his seniors and to stake out the fresh troubles that freedom and, more to the point, a raw market economy have spawned since the Velvet Revolution.” —Patricia Hampl, Los Angeles Times Book Review

“Topol’s phantasmagoric odyssey through a racketeering, polyglot, cultural stew
of post-Soviet Bohemia has been acclaimed as the definitive novel of a Czech new wave. Catbird Press does great service to bring it to anglophone readers.” —Choice