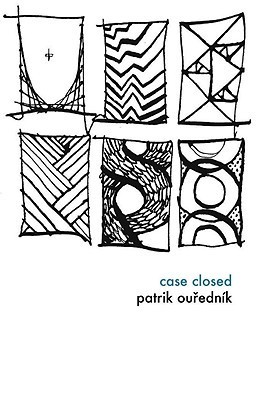 “It’s the playful, wordy sensibility of Beckett, perhaps, that can be felt most in Ouředník’s latest brainteaser of a novel, Case Closed—a sort-of Waiting for Godot along the Vltava.”

—Words Without Borders
“Ouředník offers tantalizing clues in brief chapters and alternating points of view that are endlessly, and humorously, non-intersecting; but the chain of perhaps unrelated events amounts to a gleeful skewering of the Czech national character and a character-rich, dialogue-sassy send-up colored by a lingering Communist legacy.”
—Publishers Weekly
“Case Closed has all the elements of a detective novel — crimes, suspects, clues — but not the form... Like other writers working on the experimental fringes of the detective genre, such as Alain Robbe-Grillet and Leonardo Sciascia, Ouředník uses it to ask questions beyond the narrow confines of crime and punishment. Over the course of Case Closed, it becomes clear that it’s not just retirees and apartments who are at risk in Prague: language itself is in peril.”
—Bookslut

Innocence; or, Murder on Steep Street
“. . . a book sure to dazzle and please a great many readers.” – Wall Street Journal
The Devil’s Workshop
“. . . should help to cement Jáchym Topol’s reputation as one of the most original and compelling European voices at work today.”
—Times Literary Supplement

Case Closed
“. . . a gleeful skewering of the Czech national character and a character-rich, dialogue-sassy send-up colored by a lingering Communist legacy.”
—Publishers Weekly

All This Belongs to Me
“. . . an acutely observed account — compelling despite its grimness — of the lives of its semi-nomadic subjects.”
—Times Literary Supplement